From Borges Ranch to the original Central Fire Station on Bonanza Street, Walnut Creek has numerous landmarks that reflect the community’s agricultural, commercial, and cultural heritage.

Enjoy the virtual tour on this webpage, then visit the sites in our downtown and in other parts of the community. 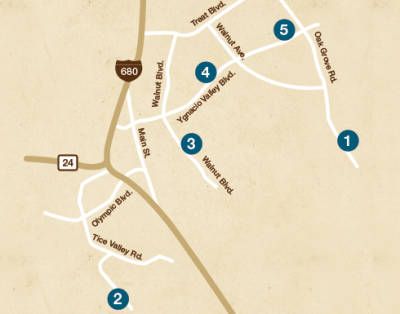