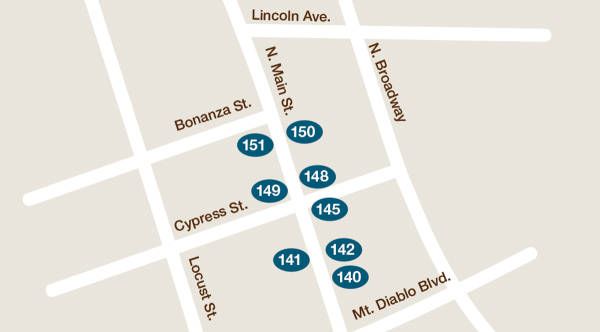 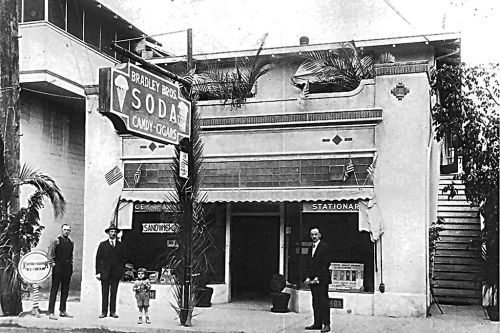 #140
Bradley Bros. Shop
1372 N. Main St.
1916Guy and Ed Bradley’s soda shop on Main Street also housed the town’s first telephone exchange. Customers from as far as Oakland would make the drive to the shop to enjoy Bradley’s ice cream and to watch the large electric ice cream machine displayed in the store’s front window. The store closed in 1945 because of competition from Lommel’s Creamery a few blocks away. 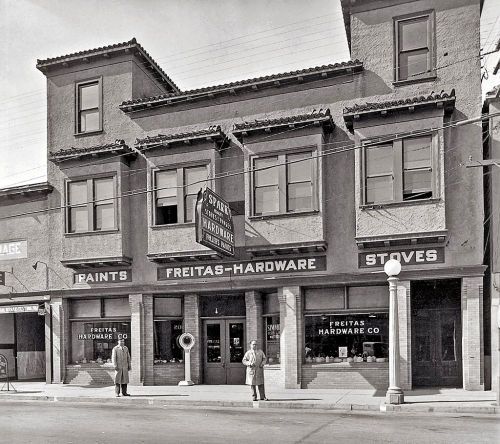 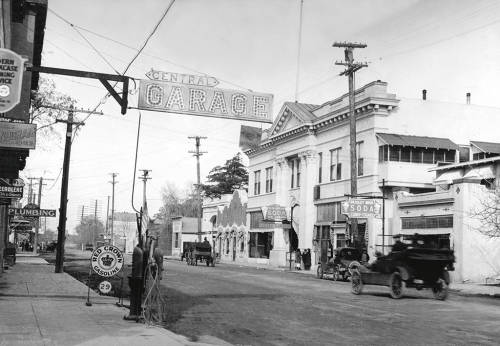 #142
First National Bank
1376-1388 N. Main St.
1913Now a row of retail shops with apartments above, this two-story structure with the distinctive ornamental roofline was built by Robert Noble Burgess to house the First National Bank — the town’s second financial institution. The bank merged with San Ramon Valley Bank and eventually became Bank of America. In 1947, the bank moved further south on Main Street. 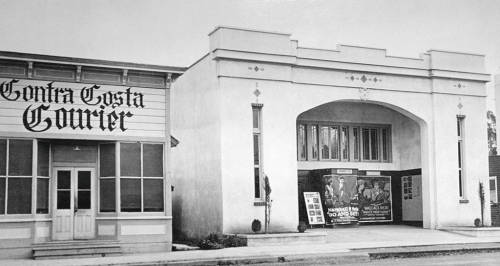 #145
Ramona Theatre
N. Main at Cypress
1920
The 400-seat Ramona, Walnut Creek’s first cinema, opened in 1920, showing the silent feature, “Isle of Conquest.” The movie house sat on Main Street, next to the offices of the Contra Costa Courier newspaper and where Cypress Street now connects to Broadway. It was owned by Theodore Berling, the town’s first police chief. The theater was demolished in 1957 for the Cypress Street extension. 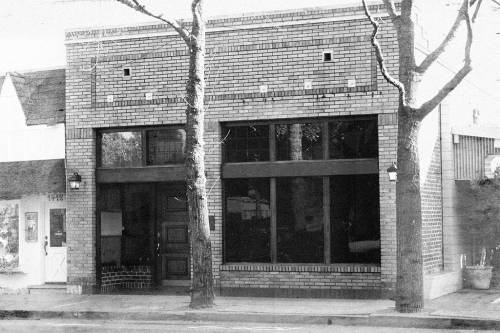 #148
Post Office
1410 N. Main St.
1928Originally named “The Corners,” the new town was renamed “Walnut Creek” in 1862 when the U.S. Post Office began delivering mail to the town. For many years, residents picked up their mail at a local shop on Main Street, and early postmasters included Hiram Penniman, John Sherburne, James Stow, and Ed Bradley. This brick building, built in 1928 by Fred Lawrence, housed the Walnut Creek Post Office until 1947. 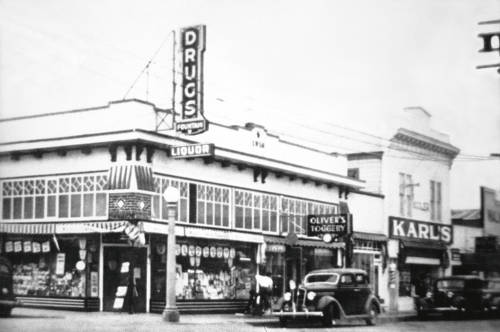 #149
Valley Mercantile
1403 N. Main St.
1916
Joseph Silveira moved his Valley Mercantile business from its original site on Main Street to this corner – the site of the old Grange Hall — around 1910. Valley Mercantile not only stocked the latest in merchandise, it also offered the community’s first banking services. In 1916, Silveira replaced the original structure with a modern brick building. 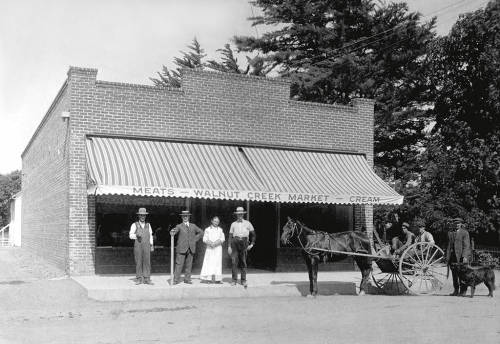 #150
Walnut Creek Meat Market
1432 N. Main St.
1910This distinctive brick building was built by Fred Lawrence and a partner for the family’s meat market business. The slaughterhouse was originally located behind the store but was later moved to the Ygnacio Valley. Walnut Creek Meat Market remained at this site until 1986, when the family moved their business to Alamo. Take note of the restored sign on the north side of the building. 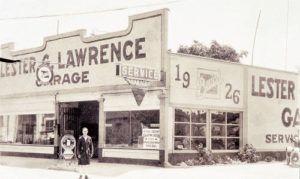 #151
Lawrence Garage
1499 N. Main St.
1921Lester Lawrence preferred cars to the family meat business and, in 1921, opened an auto garage across from the brothers’ meat market on Main Street. Soon, Lawrence also began selling cars. Over the years, Lawrence owned several dealerships, including a dealership on North Main Street near Geary Road that is still in business today.

Walking tours of downtown Walnut Creek are indefinitely due to Covid-19.  Keep checking our website for updates which we will post as soon as it is available.

Museum tours are currently closed indefinitely due to Covid-19. Keep checking our website for updates which we will post as soon as it is available.