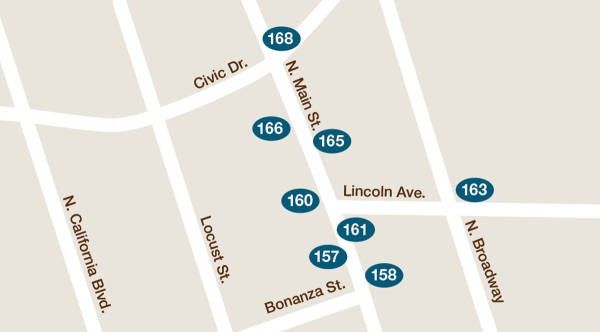 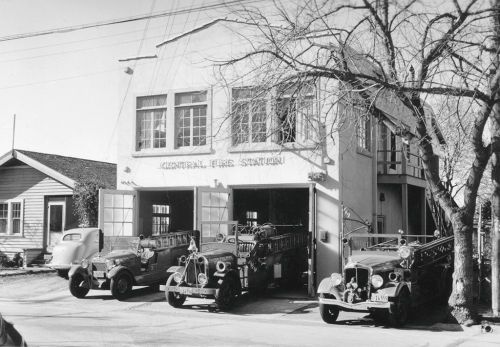 Central Fire Station
#155
1516 Bonanza St.
1926The two-story Central Fire Station was the first station, and hub, of the Central Fire Protection District, formed in 1926 by the County. The station cost $3,000 to build; its new American LaFrance pumper engine had a price tag of $7,000. The first fire chief was Raymond Spencer, son of Harry Spencer, the town’s first mayor. 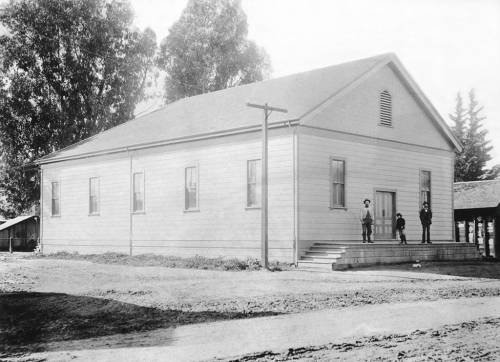 Town Hall
#157
1501 N. Main St.
1907By 1900, Walnut Creek residents needed a place for community meetings and events. The community organized a Town Hall Association, which acquired the lot at the corner of Main and Bonanza. It took several years, but in 1907 and with money loaned by the new San Ramon Valley Bank, the Association built the imposing two-story Town Hall. 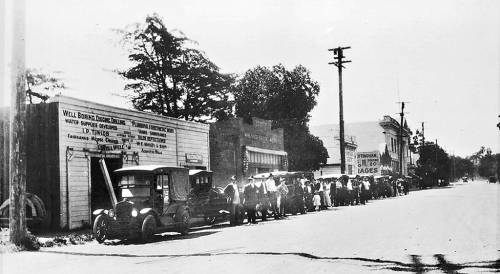 Mauzy Plumbing
#158
1440 N. Main St.
1913Mauzy Plumbing was Walnut Creek’s longest-operating family-owned business when it closed after 98 years in 2011. The family started business in Oakland just after the 1906 earthquake, then moved to Walnut Creek in 1913, eventually to the site on Main Street next to the former Walnut Creek Meat Market. Four generations of the family ran the business. 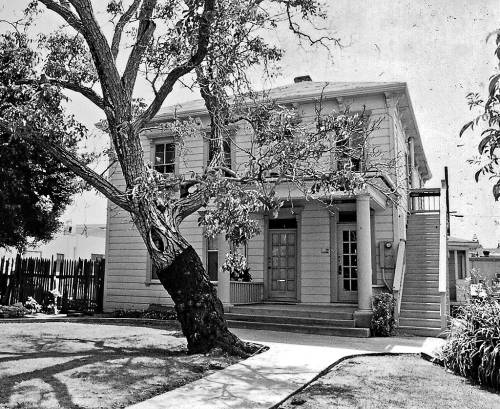 #160
Leech House & Medical Clinic
1525 N. Main St.
Early 1870sThis wood-frame Italianate-style house is the oldest residential structure remaining on Main Street. When built, it sat further back on the lot. Dr. Claude Leech, town physician, and his wife, Eva, purchased the house in 1904. Dr. Leech used the first floor as his clinic and the upper floor as their residence for 30 years. 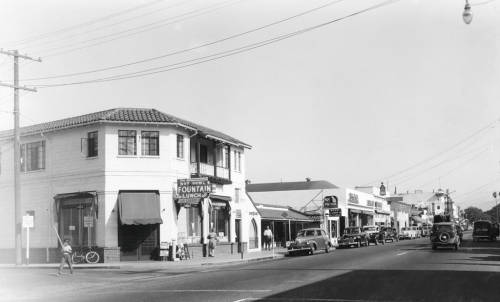 #161
Nut Bowl Fountain
1532 N. Main St.
1940 This two-story building was originally the home of a hardware store. In 1947, Vern Snedden opened the first of two Nut Bowl Fountain restaurants in the corner space. The second restaurant was in Pleasant Hill. After 20 years, the Walnut Creek Nut Bowl closed, and the building has since been home to several stores and restaurants. 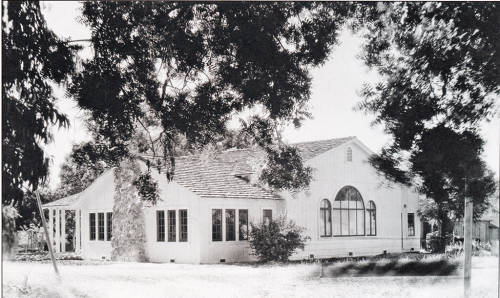 #163
Women’s Club of Walnut Creek Clubhouse
Lincoln Avenue @ Carmel Drive
1937Established in 1911, the Women’s Improvement Club (later renamed the Women’s Club) was the first service organization in Walnut Creek. The Club met at the Town Hall on Main Street until 1937, when the group moved into its clubhouse on Lincoln Avenue, just east of downtown and across the creek. The Women’s Club used the building until it was sold in 1997. The Club disbanded in 2000. 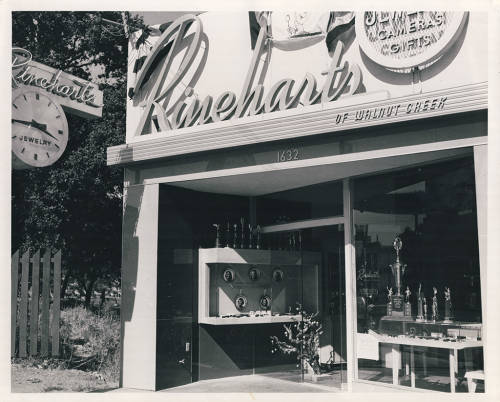 #165
Rinehart’s Building and Clock
1632 N. Main St.
1947 – Rinehart’s of Walnut Creek was a jewelry and gift store that opened in 1947. The Art-Moderne-style clock in front of the store was Rinehart’s trademark until the store closed in 2007. The clock still stands in front of the retail establishment. 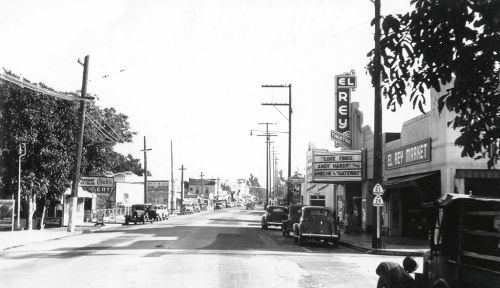 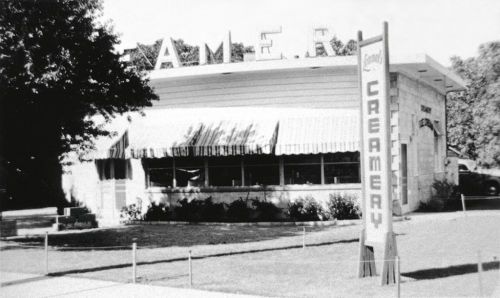 #168
Lommel’s Creamery & Greyhound Bus Depot
1700 N. Main St.
1939At the northeast corner of Main Street and Civic Drive once stood Lommel’s Creamery and the Greyhound Bus stop. The Lommel family opened the creamery in 1939. After Greyhound began commuter bus service to San Francisco, Lommel convinced the company to use the store as the bus stop. Lommel’s was a favorite destination for 35 years.