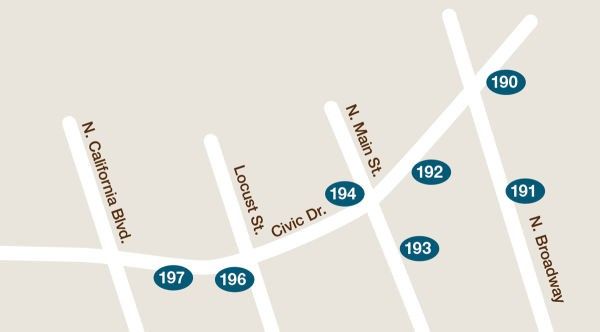 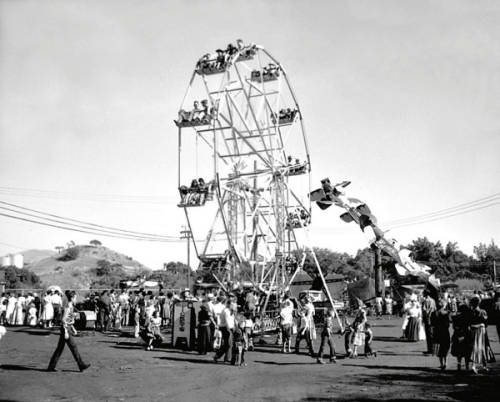 # 190
City Park & Walnut Festival
Civic Drive and Broadway
1950s – Walnut Creek’s first park — City Park (now Civic Park) – opened in 1949 at the site of an old sewer farm that closed after the regional Sanitary District took over sewer operations. City Park had a lighted ballfield and tennis courts. It also became the site of the very popular Walnut Festival, held each year in September. The Walnut Festival moved to Heather Farm Park in 1976. 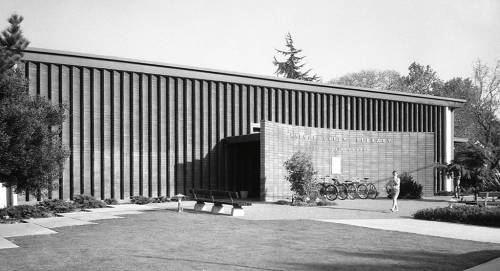 #192
City Hall 1951
Civic Drive @ Broadway
1951 – Walnut Creek built its first “modern” City Hall in 1951 on land on Ygnacio Avenue (now Civic Drive) that was across from City Park (now Civic Park). Besides City Hall, two other civic buildings in City Park, built in the same period, had similar designs: The American Red Cross Building (now Park Place) and the youth center (now a clay arts studio). The first City Hall was replaced in 1981 with a new building on the same site.

#192
American Red Cross Building
Civic Drive @ Broadway
1951 – Now Park Place, this building was the home of the local American Red Cross chapter, which was founded in 1898 by Eva Leech, wife of the town physician and the first woman to serve on the City Council. The building’s design is similar to that of the first City Hall and the youth center (now a clay arts studio). 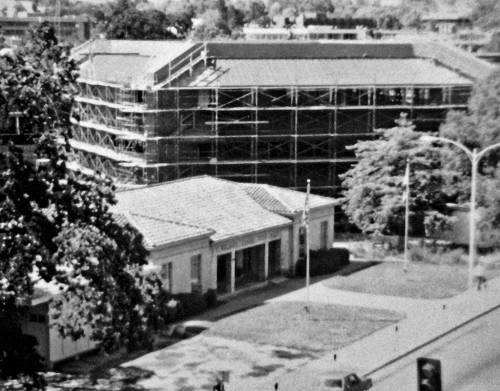 #193
City Hall 1981
1666 N. Main St.
1981 – By 1980 and following three decades of rapid growth, Walnut Creek had outgrown its original City Hall, located on the same site but facing Civic Drive. The City built a new City Hall with its front facing Main Street. The new City Hall served the City well for 20 years, but by 2000, the City had again outgrown its headquarters. The 1981 building was expanded, and the renovated City Hall was officially opened in 2002. 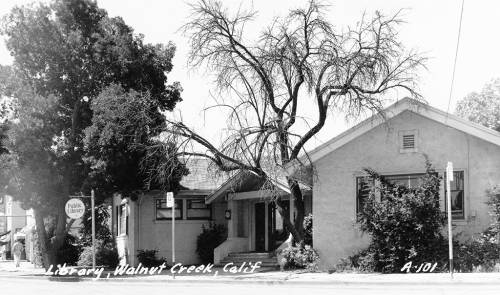 #194
Carnegie Library
1677 N. Main St.
1916 – At the northwest corner of Main and Civic once stood Walnut Creek’s Carnegie Library — built in 1916 with a $2,500 grant from the Carnegie Library Foundation on land donated by Robert Noble Burgess. Both the grant and the land were secured through the efforts of the local Women’s Improvement Club. After 45 years, the town outgrew this library, and this site was sold to help fund a new library on Broadway, which opened in 1961. 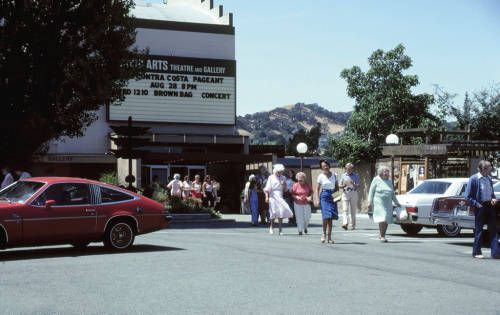 #196 and #197
Civic Arts Theatre (“Nuthouse”)
1601 Civic Dr.
1965 – By the mid-1960s, community theater groups needed better performance space. The City repurposed an old walnut warehouse for its Civic Arts Theatre & Gallery – affectionately nicknamed “The Nuthouse.” In 1990 – and after extensive private fundraising – “The Nuthouse” was replaced with a new regional performing and visual arts center, the Lesher Center for the Arts. The Center is named for Dean and Margaret Lesher. Dean Lesher was the founder of the Contra Costa Times and a significant supporter of arts and education.