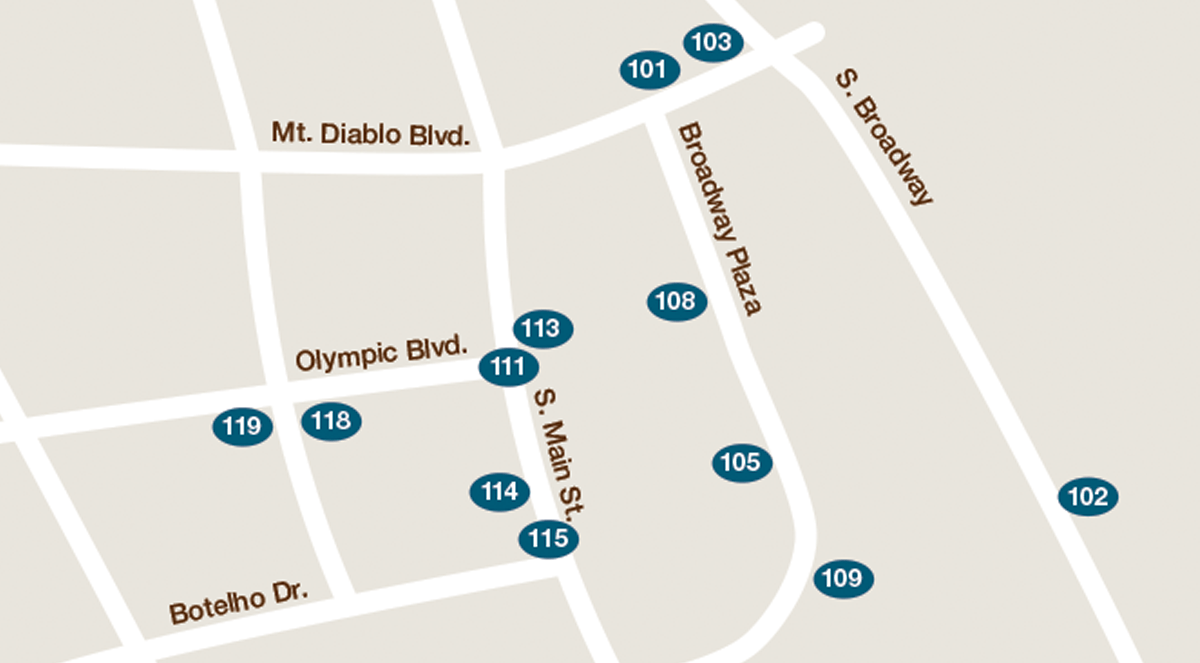 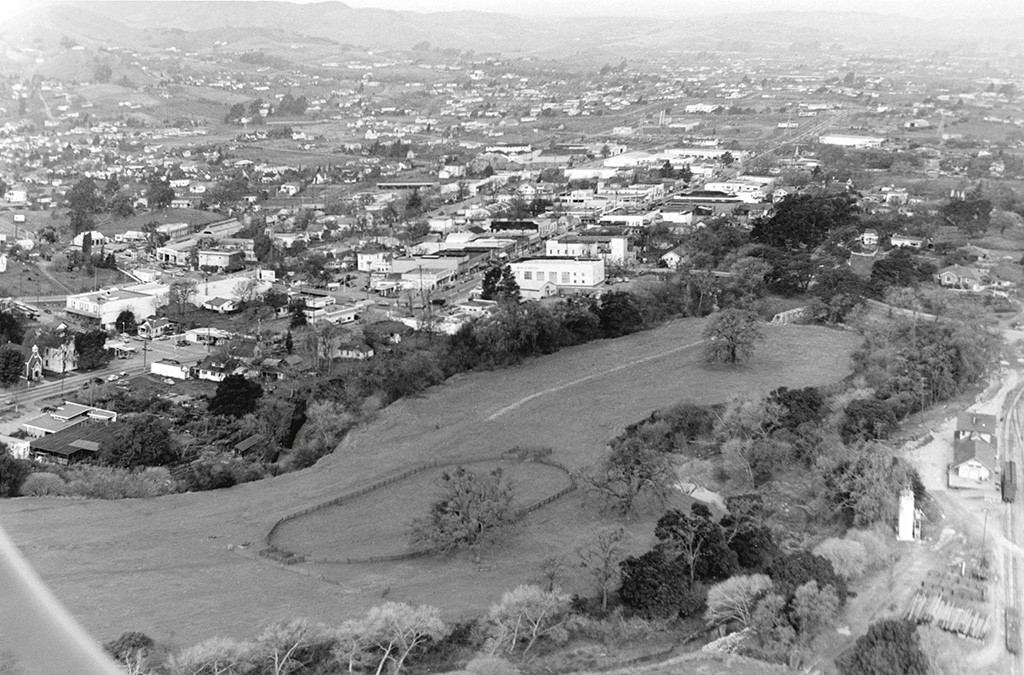 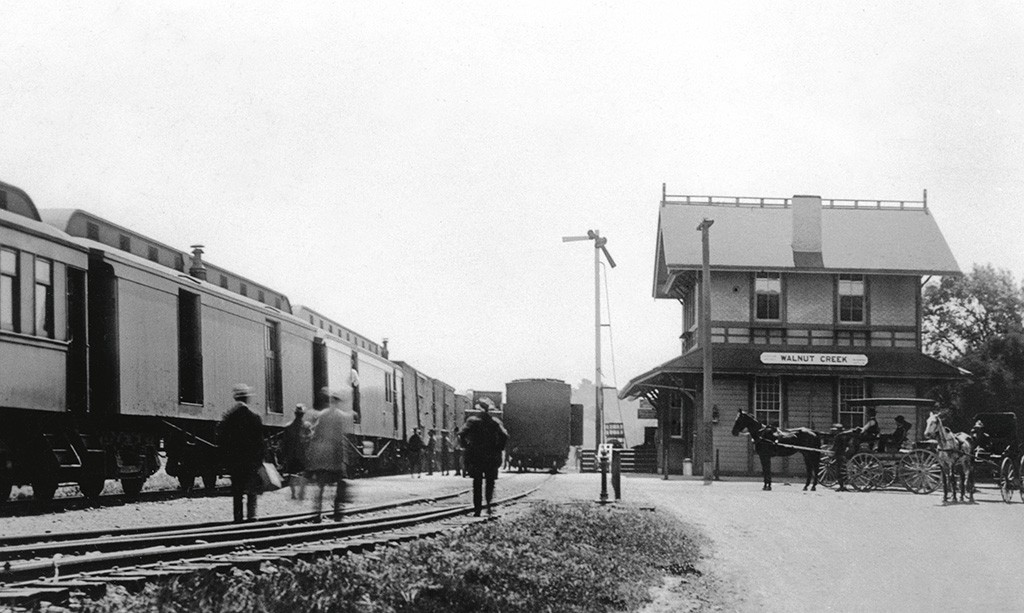 Southern Pacific Railroad Depot
850 S. Broadway
1891 – On June 7, 1891, the first passenger train rolled into Walnut Creek. Southern Pacific built the train depot later that year on land donated by Antonio Botelho. Among those who rode the first train into town was local business owner Albert Sherburne. The depot was originally located closer to the intersection of Broadway and Mt. Diablo Boulevard. It was relocated and converted to commercial uses in 1972. 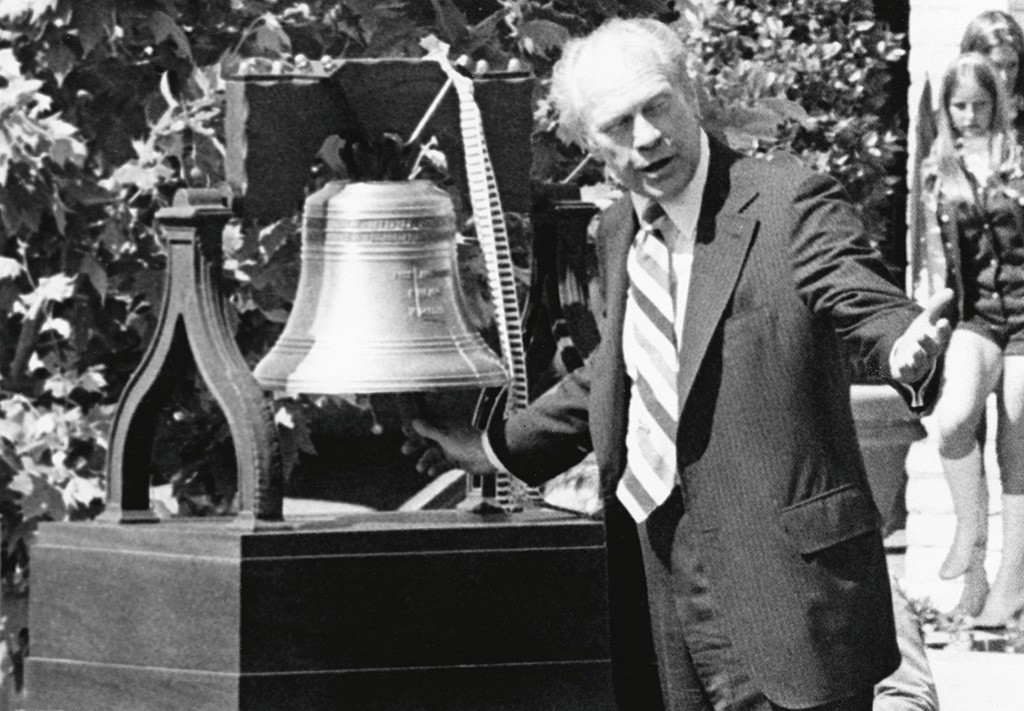 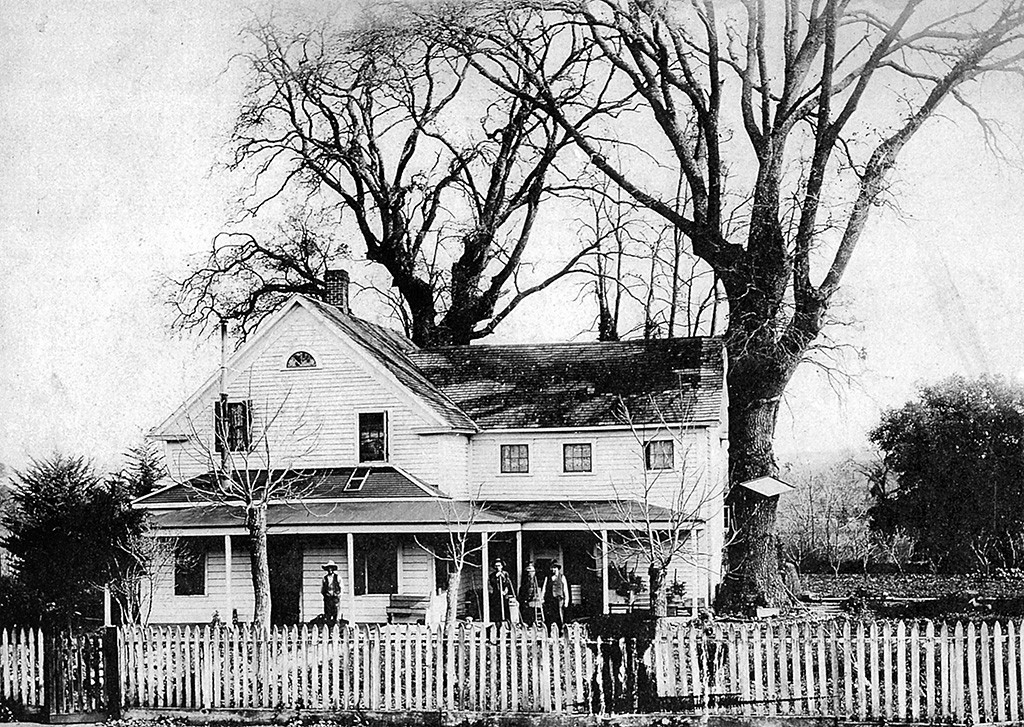 Botelho Home
Pacheco Road (Main Street)
1880s – Here is the approximate location of the rear yard of the home of Antonio Botelho, who owned more than 300 acres of farm land at the southern end of town. Originally the Walnut Creek and Mt. Diablo Central Hotel, the building faced the road to Alamo (today’s Main Street) and was refurbished by Botelho into a stately, spacious home. 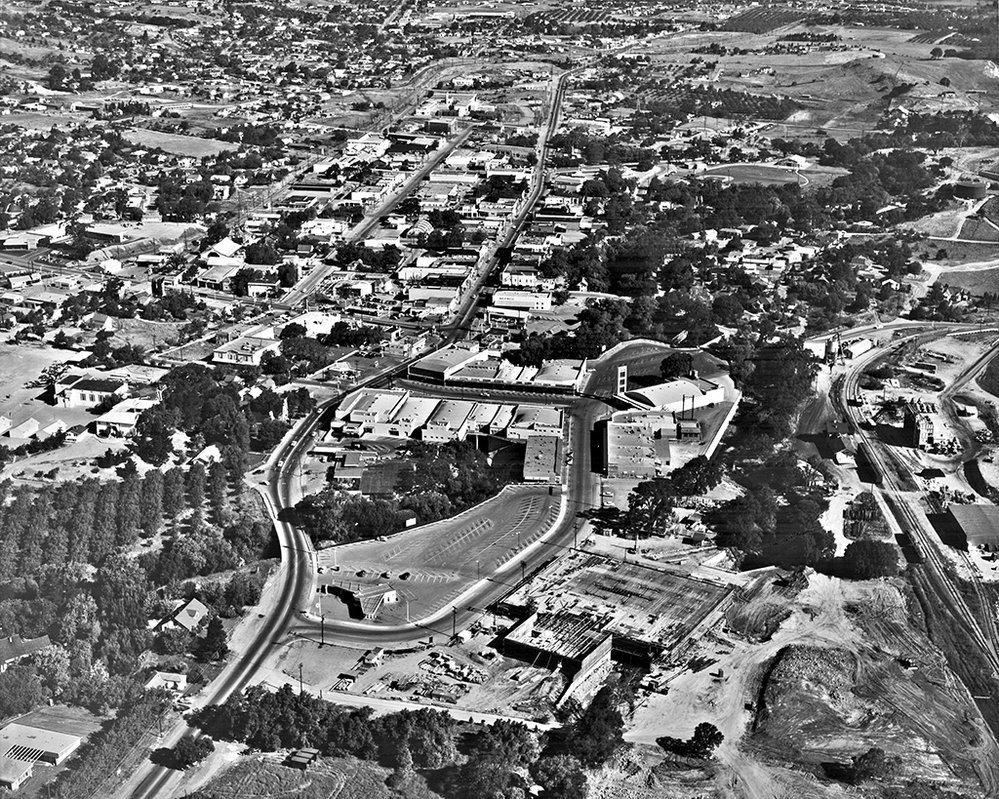 Broadway Shopping Center
Broadway Plaza
1951 – Construction of the Broadway Shopping Center – one of the country’s first open-air, auto-oriented malls — began in 1950 on undeveloped land near the intersection of Main Street (Highway 21) and Mt. Diablo Boulevard (Highway 24). The 38-store shopping center opened in October 1951 with Sears, J.C. Penney, and a Lucky grocery store — and 1,500 free parking spaces. Many of the original stores were clustered around a horseshoe parking lot anchored by a trademark Broadway sign. 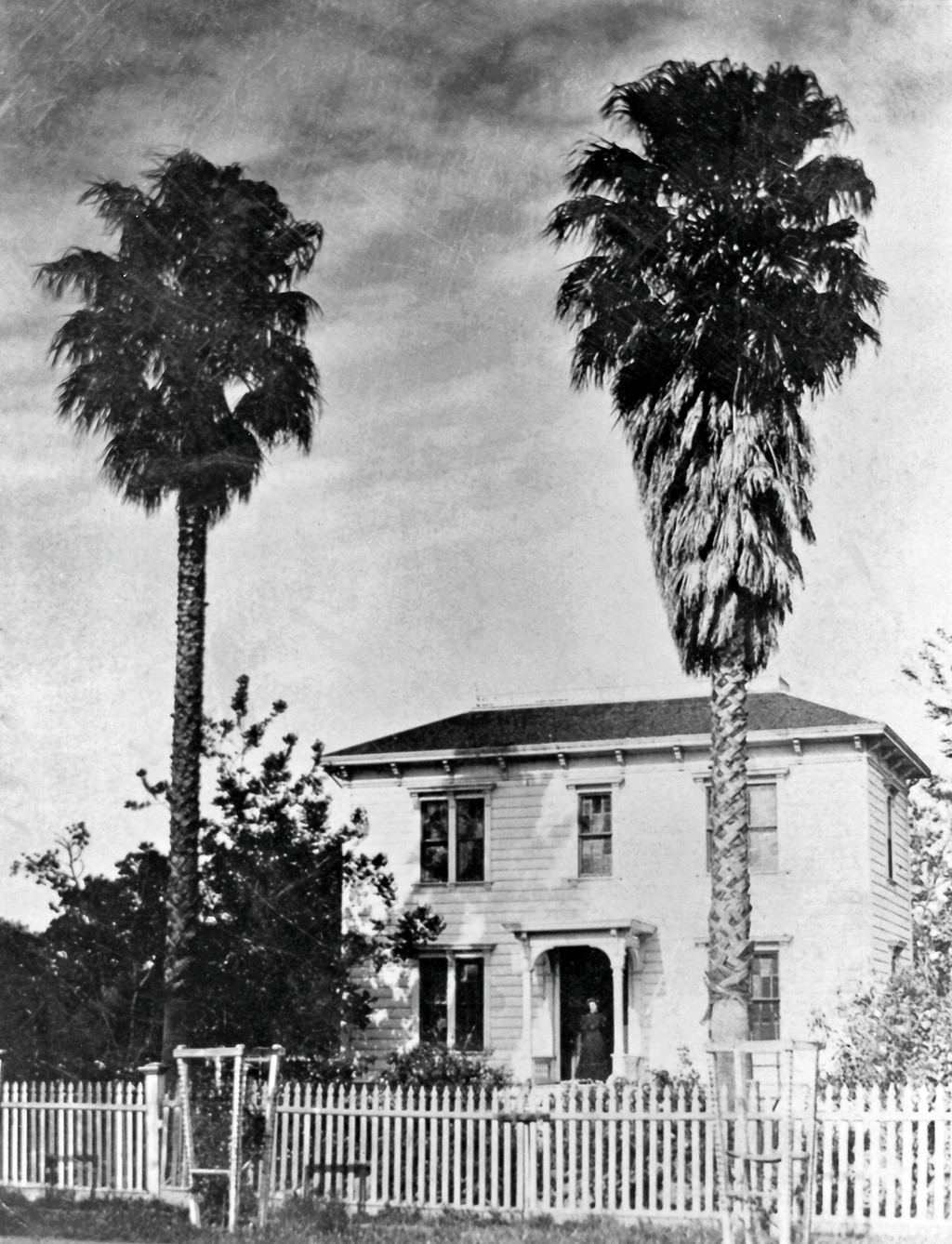 Kirsch Home
1200 S. Main St.
Early 1870s – The front entrance to the stately home of Michael Kirsch and his family was flanked by two giant date palms, imported from Asia. Kirsch came to Walnut Creek in 1858 and established a blacksmith and wheelwright shop at the intersection of Main Street and Lafayette Road (today’s Mt. Diablo Boulevard), next door to his house. 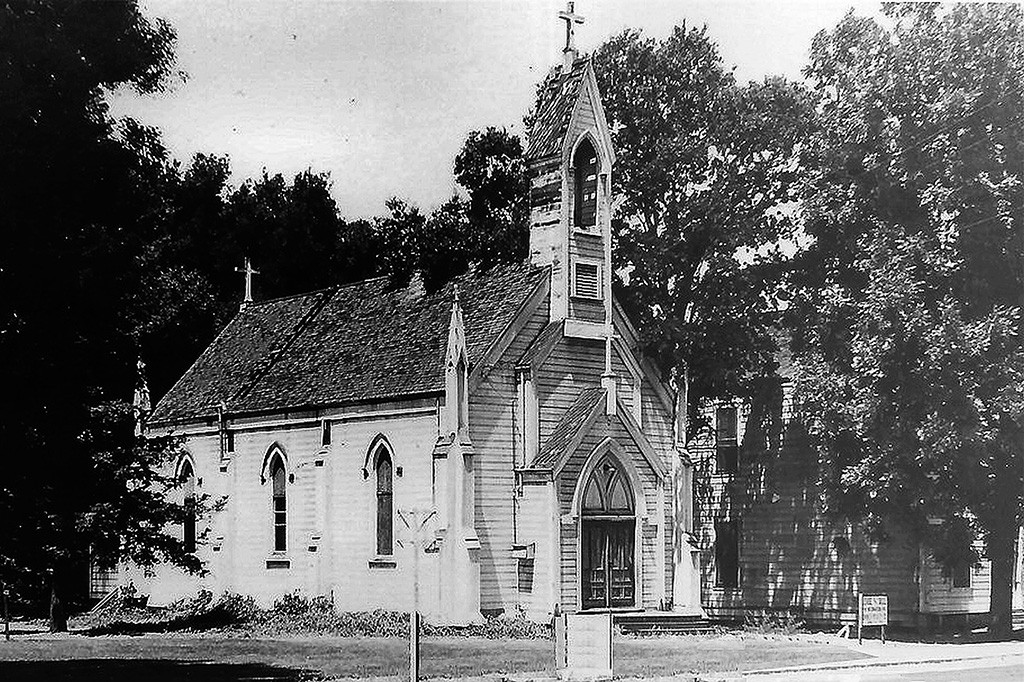 St. Mary’s Catholic Church
1245 S. Main St.
1884 – The first Catholic church in Walnut Creek, St. Mary’s, was dedicated in 1884 on this site on Main Street. The land for the church was donated by pioneer Antonio Botelho. A wooden structure of Gothic design, the church became the center of Catholic life, particularly for the many local families of Portuguese descent. The parish later moved to its current location on Mt. Diablo Boulevard. 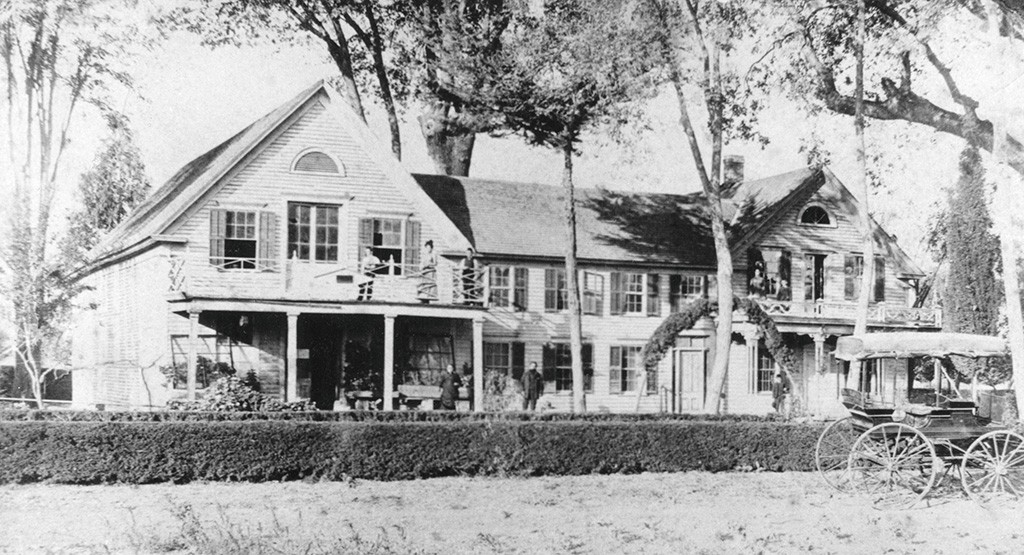 Walnut Creek and Mt. Diablo Central Hotel
Pacheco Road (Main Street)
Late 1860s – In the early years, Main Street was called Pacheco Road and ran from Martinez to the north to San Jose in the south. At the site of today’s multi-story parking garage on South Main Street once stood the Walnut Creek and Mt. Diablo Central Hotel, which welcomed travelers from near and far. Antonio Botelho, who owned more than 300 acres of farm land in this area, purchased the hotel in 1882 and refurbished it into a home for his family. 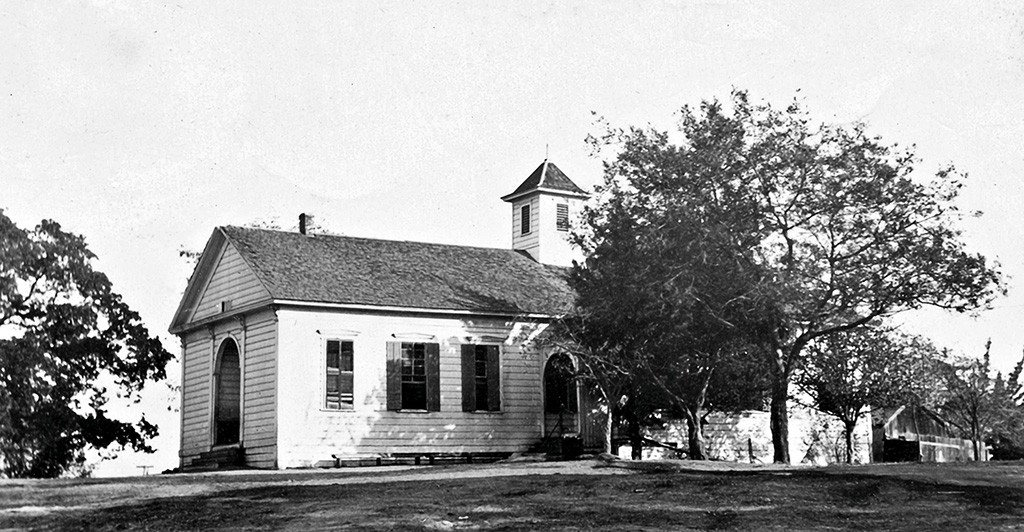 Central SchoolPlaza Escuela
1871 – By 1860, twenty-eight Walnut Creek children were attending school, which was south of town in Alamo. With that many children, town leaders realized Walnut Creek needed to plan for its own school. Finally, after 11 years, residents voted to tax themselves $1,500 to build the one-room Central School. It was built on a hill at the end of School Street (today’s Locust Street). Central School was replaced with the larger Walnut Creek Grammar School in 1912. Captain Orris Fales was one of the first trustees of the school district. 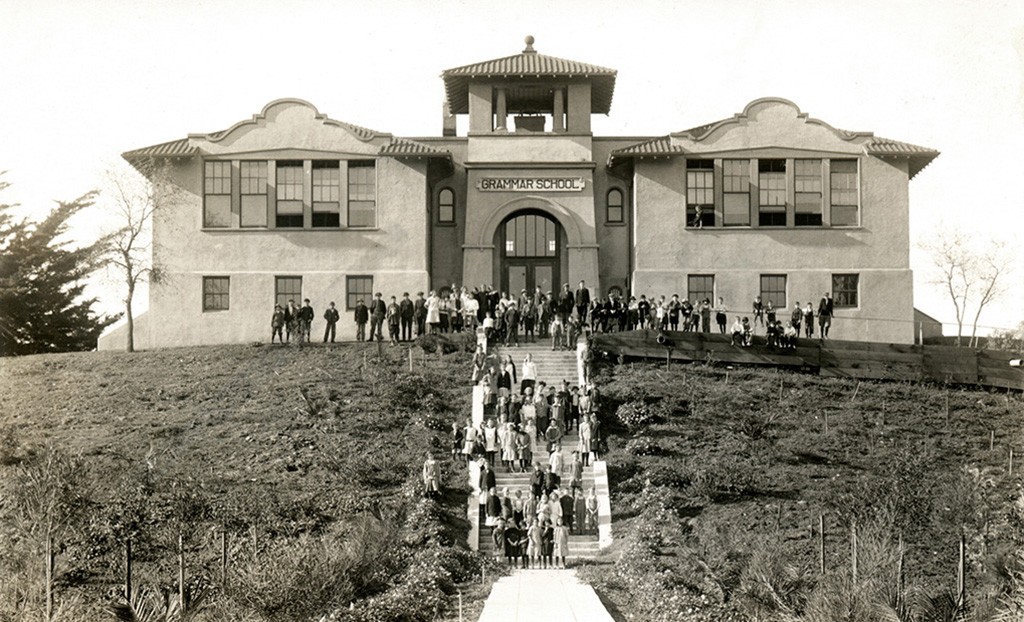